On the occasion of the ICA Global Conference 2019 in Kigali, Rwanda, ICA CCR organized a one-day meeting of cooperative researchers, on 14th October 2019 at Kigali Convention Center. The main agenda of the meeting was to re-energize the CCR Africa network. During the meeting, researchers and cooperative movement leaders, mainly from African countries but also other continents, international donors and other stakeholders discussed the current situation of cooperative research in Africa. Ilana Gotz, EURISCE provided her summary note on the meeting to be shared. 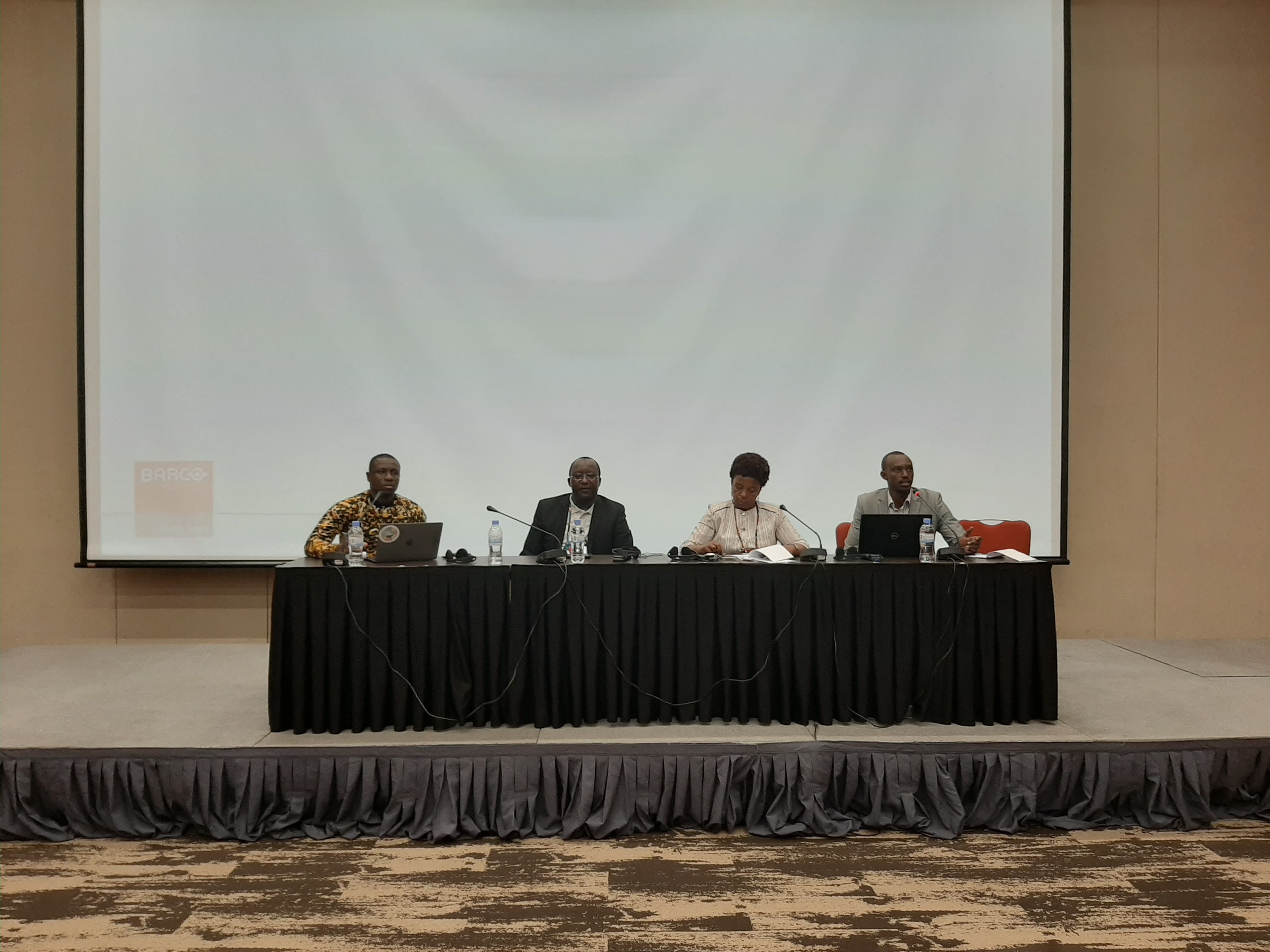 After the morning session dedicated to young scholars, at the afternoon session of the African cooperative researchers’ meeting on October 14th in Kigali, young scholars, expert researchers, and cooperative practitioners joined the ICA Committee on Cooperative Research and ICA representatives for a look at the state of research in Africa. The goal of the meeting (which included a morning workshop) was to build networks and collaborations, sharing challenges and proposing solutions.

Dr. Lou Hammond Ketilson (University of Saskatchewan, Canada) kicked off the afternoon presentations with an overview of cooperative research in North America.  Some of the key topics of current interest to researchers in that region she mentioned include: governance, new cooperative models, platform cooperatives, the role of federations, impact of credit union mergers, cooperative development in marginalized communities, effective models, and policy implications. She also discussed topics of particular interest to Canadian practitioners including the need to increase public awareness of cooperatives, how to adapt governance models, and how cooperatives can maintain their unique identity given the increasing discussion around the social economy.

Dr. Claudia Sanchez Bajo (University of Buenos Aires, Argentina) continued with an overview of research in South America. She pointed to research on innovation, resilience to the various crises in the region (economic, debt, migratory), and theories of change as topics of current interest to cooperative researchers. She also mentioned the interest in research focused on work in cooperatives, especially related to recuperated enterprises. She then discussed the network of Latin American researchers, a group that has met every two years over the last 20 years and covers Central and South America.  This group promotes partnerships between countries and advocates for government funding for education and research on cooperatives. Much of the varied research in Latin America (mostly in Spanish) focuses on sector specific research, legislation, education, networks, SSE. To spread the results to a wider audience, in 2017 the CCR journal issued a call for papers that were then translated into English. The group also conducted a survey of researchers asking about topics of focus, contact information, and expectations of the CCR. Academic cooperation emerged as a key expectation, along with a series of specific research themes.

Next to present was Prof. Hagen Henry (Chair, ICA Cooperative Law Committee, University of Helsinki, Finland) with an overview of trends in cooperative law research and what the ICA is trying to do. He explained some of the root causes of the serious under-representation of cooperative law research in comparison to other fields of enterprise law. Whereas the subject of cooperatives disappeared from textbooks in the 1970s, today the situation is changing, partially due to the changing needs for capital and globalization. In academia, more publications are starting to appear on cooperative law, but Prof. Henry stressed that if the topic is not in education, it cannot be in research. Although the situation is improving – with more papers, conferences, the Handbook on cooperative law, the ICA law committee, interest from young scholars, the European study group – there is still a lot to be done. The activities are geographically unbalanced, with more being done in Latin America. And the method of studying cooperative law remains stuck in theories constructed through a stock company lens. With new models of cooperation emerging, the research must adapt and study not only traditional cooperatives but also other types of organizations found along the value chain.

Prof. Esther Gicheru (Chair, ICA Africa Research Committee, The Co-operative University of Kenya, Kenya) then discussed the state of the work of the Africa Research Committee. Unfortunately, the work of the committee so far has not fully taken off. Mainly due to lack of resources, the activities have been tied to ICA Africa regional activities. The last research conference was in 2016, focused on the role of research in African cooperative development and implementation of the SDGs. The need for clear data and statistics was one of the key points that emerged from the conference as well as the suggestion for cooperatives to focus on the goals and targets for which they are best suited, hence the need for research. She listed some of the main research papers published recently and pointed to a renewed focus on cooperative education and training.  Based on these activities, the response of ICA Africa includes the projects undertaken under the Framework agreement, i.e. research on mapping of the cooperative movement and country by country legal framework analysis, about which she proceeded to provide a progress update. They are also working on studies related to youth and coop to coop trade.

Next Dr. Esther Towo (Moshi Co-operative University, Tanzania) discussed the situation in Eastern and Central Africa. Although there are indeed a number of specialized institutions and cooperative universities in the region conducting research, she stressed that there is a problem with communication of research results. Most of the research being conducted in the region is theoretical rather than practical, and policy makers and practitioners are not engaged. She suggests the need for further involvement of stakeholders as well as better coordination and shared research agendas among institutions. 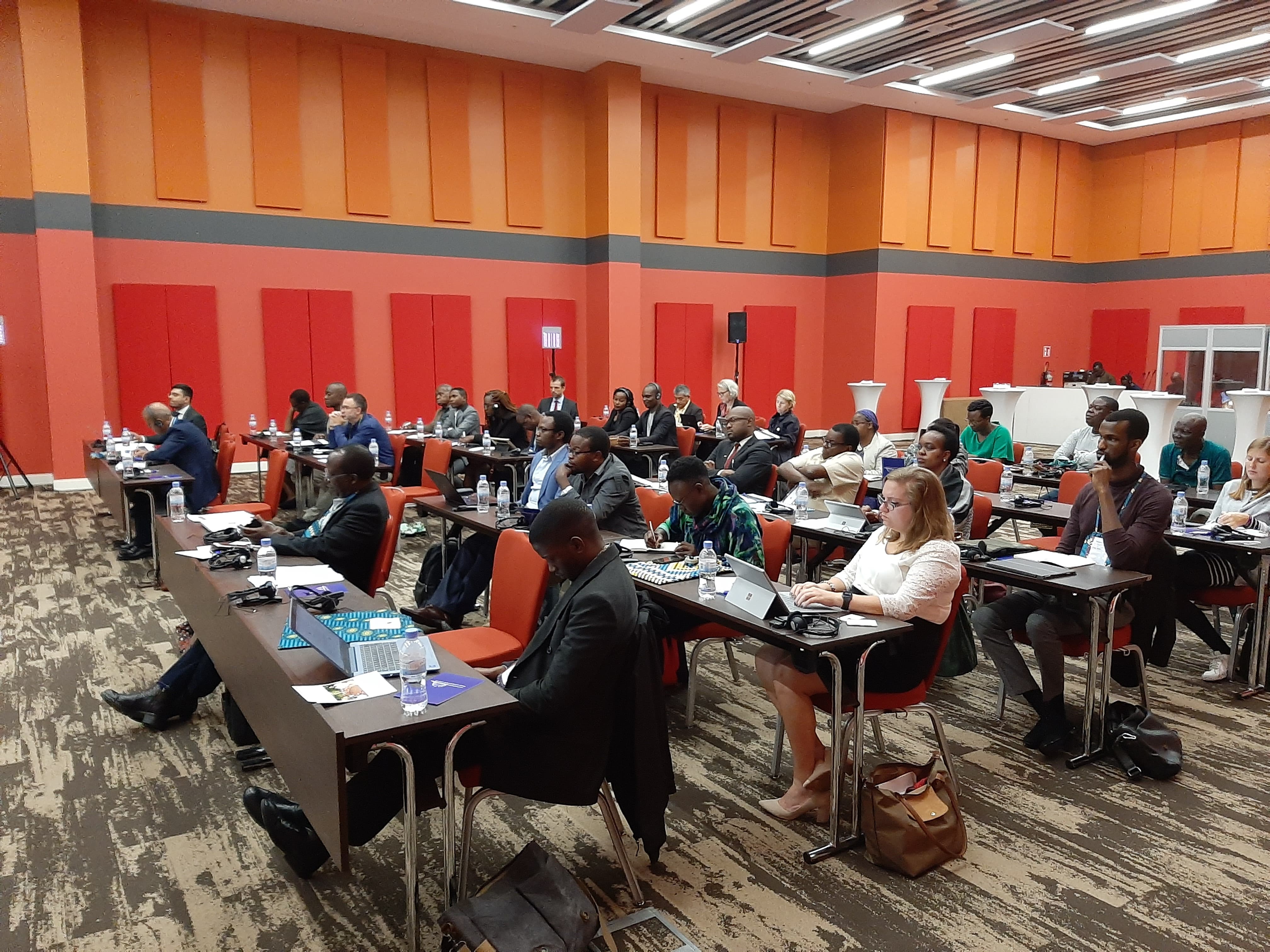 Regarding Western Africa, researcher Willy Tadjudje, presented some general observations related to the expression of the cooperative model in Africa. He pointed to the lack of specialized research on cooperatives, except for that found within agronomy faculties. He suggests cooperatives in Africa rely on an imported model with little adaptation effort. Consequentially cooperatives are seen as village entities that constantly need government support as opposed to legal forms of business. He questioned the effectiveness of importing models of cooperation from abroad, and suggested the need for adaptation to the local culture and context. He proposed the drafting of Principles of African Law under the activities of the Study Group on African Cooperative Law to address these issues.

ICA Africa representative, Melvin Foday Khabenje, then provided further details on the research conducted under the EU framework agreement (mapping, legal framework, youth research). An area for improvement he pointed to is better communication between experts and the ICA team, as well as more contact between cooperative researchers and apex organizations.

Francis Kamande of National Co-operative Housing Union Ltd. Kenya discussed the cooperative movement in Kenya, where there are over 22,000 registered cooperative societies. After providing an overview of the Kenyan movement, he discussed the need for research on current practices to form the basis of future improvement. He strongly urged a bottom-up approach to develop research agendas.

Lastly, Jean-Marie Ntakirutimana from Agriterra took the floor. He gave a brief overview of the work of Agriterra, an organization aimed to help farmers all around the world. Since 2016, Agriterra has been working with agricultural cooperatives in Rwanda. One of the main challenges in their work is access to data. Another area of interest in Rwanda is youth engagement, since cooperators are primarily between 50 to 70 years old. Another big challenge is access to credit. He, like many of the previous speakers, also stressed the importance of involving practitioners in research projects, citing the disconnect between researchers and the beneficiaries of research.

After a few questions and comments regarding data, comparable cross-border statistics, terminology, and dissemination of results, the moderator addressed the question, “What’s next?” The main proposal that emerged is to continue to discuss and debate at the regional level and ICA Africa committed to do more moving forward than has been done in recent years.

More than 40 participants including 8 young scholars joined the meeting. Participants came from different African countries, such as Kenya, Lesotho, South Africa, Zimbabwe, Tanzania, Morocco, Rwanda, Nigeria, DR Congo, Cameroon, and Botswana. There were also many non-African researchers who attended the meeting with their interest in cooperative research in Africa. For this meeting aiming at re-energizing the African cooperative research network, an organization committee has been working under the joint-leadership of Professor Lou Hammond Ketilson on behalf of CCR Global and Esther Gicheru on behalf of ICA Africa Research committee.

The 2nd Edition of the …